An incident of Pune Shivir, May 2009 (my first shivir)

I was in the hotel room on the fourth night of the Shivir and was reading a book "Pathanjali's Yoga Sutras" and while going through the rigid disciples of a yogi as explained by Pathanjali (Father of Yoga), I thought to myself "How come Babaji never talks about these basic disciplines that a spiritual aspirant should have?" I turned to my friend and said, "Babaji should tell some guidelines to ShivYog sadhaks which can help us." Saying this I continued reading. Next day, the shivir went on and we had an early lunch break and babaji returned at 12:45 p.m. and as we were singing at his entry to his chair, Babaji sat with his eyes closed for a while and then opened and said, "While I was coming here I had a message from the guru mandala to convey that there are lot of youths in this shivir and it is a very happy thing. 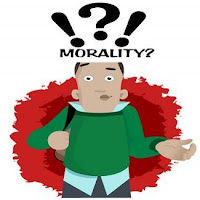 They have asked me to convey some "aacharan" and guidelines to all." I was shocked to hear this! Babaji always asked to ask him whatever questions in the mind and he shall answer it. This was the proof for it as I did not know much about Babaji or ShivYog teachings as I was new and this was my first shivir. But I was delighted at this incident and started jotting down. Not surprising then, that the points that he mentioned were from Yoga Sutras of Pathanjali. These were not in detail but Babaji said that the youths must follow some aacharan in their lives and what follows is what was jotted down:
Below is what babaji's briefly mentioned in the shivir only about YAMA and NIYAMA. (One may want to refer in detail about Yoga Sutras and if so, click here.)
Yama:  There are three things in yama: sathya, ahimsa and astheya.  Never judge a person because others will look to you as your own mental/emotional status or condition is.
Niyama: Time and discipline.
Above is what babaji's briefly mentioned in the shivir only about YAMA and NIYAMA.


(One may want to refer in detail about Yoga Sutras and if so, click here.)