Just sharing my views in a different format so that it becomes interesting to read. Trying here to share what I thought before I met Babaji, which if looked upon carefully, has a message in every sentence; and that is my intention to convey through here.

The "I" used in this article is a representation of an individual. 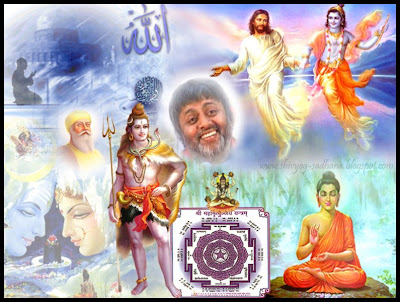 Download:       Medium size (800 x 600)      Large size (1024 x 768)
Here I am in binding with the one truth that Babaji teaches, but before coming here I had some foolish thoughts and myths. Before coming here...
Whatever I thought, I never thought that I would one day write what I thought about the things that I thought :)
(just a pinch of humor....lol)