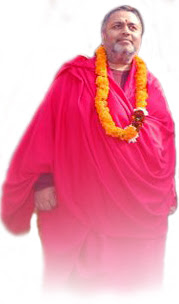 Oops.. don't know what i started with and where i am ending.. had started with "The secret of Shambala" book, and now i look at the publishing date that shows 1999. On the net, i was amazed to find a whole big world out there exploring, taking assistance from invisible masters and guides and teaching it to others, all with one goal - to ascend mankind. It sure is a very good sign to know that the entire humanity is ascending, and at a much faster rate that we can even perceive. Million thanks to all gurus and masters out there for showing humanity the path of light. Million thanks at the feet of my guru - Baba, for having incarnated to bestow upon us your love and energy grid to show us the way out of ignorance. Baba is sure shot assisting all with very, very faster methods of spiritual ascension. It is all out there from him. Still what we know is just a drop out of the ocean! Everything is coming from him. We just need to do one thing. Practice what he gives honestly and consistently without any target dates and everything is taken care of.  There can be no predictions made because we have never driven through these unknown areas till now but he has! So, the best thing to do right now is to sit back with complete trust and allow the Master to maneuver as all we do is follow instructions and awe ourselves to the mysteries that unfold gradually, making the journey even more beautiful :)