Wishing every soul a very happy Navratri
Below are some complilations on Navratri that may help you know the significance of this period. Namah Shivaya..


Navratri is a combination of two words. 'Nav' means nine while 'ratri' means night. Therefore, this celebration is literally translated as 'nine nights'. The celebrationsbegin on the first day of the month of Ashvin according to the Hindu calendar. They culminate in the festival of Dassera, on the tenth day of the month. As per the Gregorian calendar, Navratri always falls in the month of October. The exact date differs from year to year though.
Why Navratri is Celebrated
The festival of Dassera is celebrated to worship the goddess Durga. She is the embodiment of Devi, or the supreme goddess. The form of the goddess Durga is said to symbolize creative energy and the feminine body. This form of the goddess has nine aspects. Navratri therefore is dedicated to the worship of these aspects. Each form or aspect of the goddess has its own day dedicated to it.

The Navratri celebrations are devoted to the worship of the Eternal mother, which has its origins in the Vedas. Durga is also considered to be a combination of the Trinity of goddesses. They are Saraswati, Parvati, and Lakshmi. During Navratri, these three main goddesses are worshipped as well. The central theme of Navratri though is the triumph of good over evil.
How each day is celebrated
Navratri lasts for nine whole days. However, each day has its own special significance and is celebrated separately. Along with the nine forms of Durga, obeisance is paid to the Trinity of goddesses as well.

1st — 3rd days: The first three days are dedicated solely to the worship of the goddess Durga. During this period, her energy and power are worshipped. Each day is dedicated to a different manifestation of Durga. On the first day, Kumari is worshipped, which signifies the girl child. The second day is dedicated to Parvati, who is the embodiment of a young woman. On the third day, Kali is worshipped. This form represents the woman who has reached maturity.
On the first day of Navratri, barley seeds are planted in a small bed of mud. This mud bed is kept in the pooja room. By the tenth day, each seed has sprouted into a shoot which is between three and five inches long. After the pooja performed on the tenth day, the shoots are plucked and given to the attendees. They are said to be a blessing from God.
4th — 6th days: These three days are devoted to the worship of Lakshmi, the goddess of prosperity and peace. Although these days are dedicated to Lakshmi,the goddess Saraswati is invoked on the fifth day. This day is referred to as Lalita Panchami. On this day, all the books and other literature are gathered in one place. Then, a 'diya' or lamp is lit in front of them to call upon the goddessSaraswati.
7th — 8th days: The seventh day is dedicated to worshipping Saraswati, the goddess of art and knowledge. Prayers are offered to her, seeking spiritual knowledge. The knowledge of the spiritual world is said to free us from our earthly bonds. This, in turn, will bring us closer to God.
On the eight day, a 'yagna' is performed. This comprises of a sacrifice, which is offered to the sacred fire. The sacrifice honours the goddess Durga as well as bids her farewell. The sacrifice or offering is made out of clarified butter (ghee), rice pudding (kheer), and sesame seeds.
9th day: The ninth day is the culmination of the entire Navratri celebrations. This day is referred to as 'Mahanavami'. On this day, a Kanya pooja is performed. Nine young girls, who have not yet attained puberty are worshipped during this pooja. Each one of them symbolises one of the nine forms of goddess Durga. Each girls feet are washed, as a mark of respect for the goddess. At the end of the pooja, each girl is given a set of new clothes as a gift from the devotees.
Nav Durga:
There are total nine forms of Goddess Durga which when taken together is called the Nav Durga. 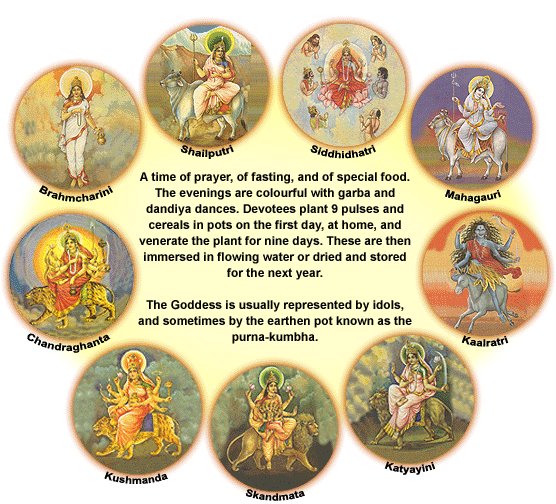 1. Shailaputri - She is the first form of Maa Durga and the daughter of Himalaya. In previous birth she was the daughter of Daksha. Her name was Sati - Bhavani. i.e. the wife of Lord Shiva.
2. Brahmacharini - The second form of Goddess Durga is Brahamcharini. Here "Brahma" means "Tapa". The idol of this Goddess is very gorgeous. There is rosary in her right hand and Kamandal in left hand. She is full with merriment.
3. Chandraghanta - She is the third Shakti of Maa Durga. There is a half-circular moon in her forehead. She is charmful and bright. She is Golden color. She has three eyes and ten hands holding with ten types of swords - etc. weapons and arrows etc. She is seated on Lion and ready for going in war to fight the evil demons.
4. Kushmanda - The fourth Durga is Kushmanda. The Shakti creates egg, ie. Universe by mere laughing .She resides in solar systems. She shines brightly in all the ten directions like Sun. She has eight hands. Seven types of weapons are shining in her seven hands. Rosary is in her right hand.
5. Skandhamata - The fifth form of Durga is Skanda Mata. The daughter of Himalaya, after observing penance got married with Shiva. She had a son named "Skanda." Skanda is a leader of the army of Gods. Skanda Mata is a deity of fire. Skanda is seated in her lap. She has three eyes and four hands. She is white and seated on a lotus.
6. Kaatyayani - Katyayani is the sixth form of Maa Durga. The son of "Kat" as "Katya". Rishi Katyayan born in this "Katya" lineage. Katyayan had observed penance with a desire to get paramba as his daughter. As a result she took birth as a daughter of Katyayan. Therefore her name is "Katyayani" . She has three eyes and eight hands. These are eight types of weapons missiles in her seven hands. Her vehicle is Lion.
7. Kalaratri - This seventh Durga is black like night. Durga hairs are unlocked. She has put on necklaces shining like lightening. She has three eyes which are round like universe. Thousands of flames of fire come out while respiring from nose. She rides on Shava (dead body). There is sharp sword in her right hand. Her lower hand is in blessing mood. The burning torch (mashal) is in her left hand and her lower left hand is in fearless style, by which she makes her devotees fearless.
8. Mahagauri - The Eighth Durga is "Maha Gauri." She is as white as a conch, moon and Jasmine. She is of eight years old. Her clothes and ornaments are white and clean. She has three eyes. She rides on bull She has four hands. The above left hand is in "Fearless - Mudra" and lower left hand holds "Trishul." The above right hand has tambourine and lower right hand is in blessing style. She is calm and peaceful and exists in peaceful style. It is said that when the body of Gauri became dirty due to dust and earth while observing penance, Shiva makes it clean with the waters of Gangas. Then her body became bright like lightening.
9. Siddhiratri - The ninth and the final Durga is Siddhidatri. There are eight Siddhis , they are- Anima, Mahima, Garima, Laghima, Prapti, Prakamya, Iishitva & Vashitva. Maha Shakti gives all these Siddhies. This form of Durga is worshiped by all Gods, Rishis-Munis, Siddhas, Yogis, Sadhakas and devotees for attaining the best religious asset.
Spiritual significance of Navratri:
The Dasa Mahavidya 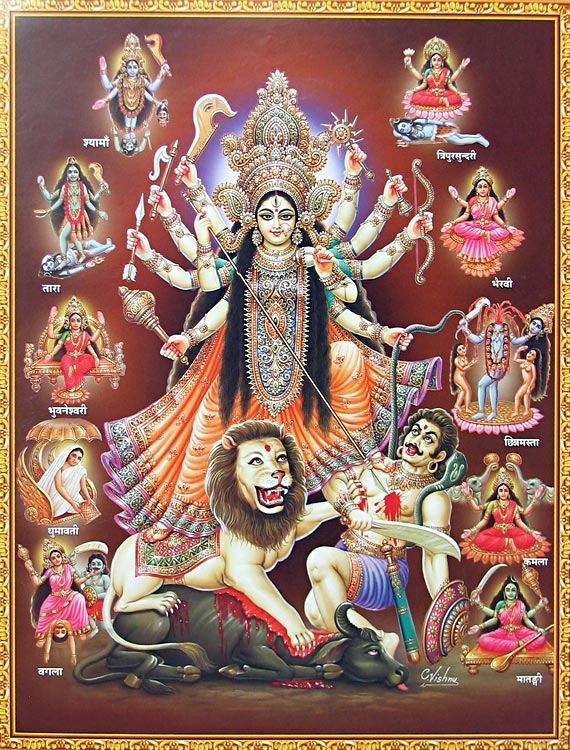 Read more on 10 Mahavidyas in detail


Take a test to see which Goddess do you relate to :)

Email ThisBlogThis!Share to TwitterShare to FacebookShare to Pinterest
Labels: navratri 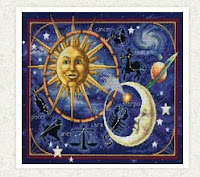 Babaji in Ambala shivir spoke about the various graha (planetary) doshas that haunts mankind and puts one into a spin when one discovering one has a dosha. Baba said that he had very quick and easy methods to help one from these doshas without using gems on fingers. Those remedies, he said, are costly and not as effective as the ones he would give. Baba emphasized more on not curing the doshas but more on working on the remedies as a prevention so as to not incur that dosha.
He spoke of 5 doshas that normally afflicts almost every casual human: 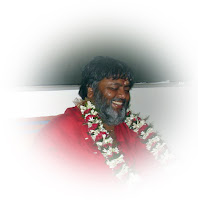 REMEDY:
Baba added that irrespective of any condition one is in right now due to any dosha or irrespective of whatever intensity of the dosha, if one starts following the above remedies, one will not need to wait for months or years to see the effects but the results will begin from the first day itself. 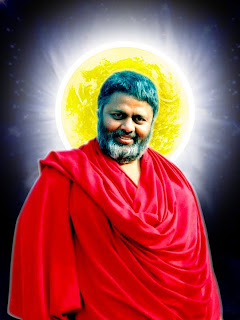 On the path of Spirituality as we walk towards our goals to the journey back home, the journey can often be tiring, weary and testing. Whatever the intensity of the difficulties and obstacles may be, it is finally the trust and surrender to the Guru that would help  overcome those temporary obstacles.
This song is completely dedicated to my fellow travelers on the path of Shivyog trying to convey the message that Baba is just a call away. It may not happen in a moment but with regular practice and calling with trust, faith and love, one can receive him in any form for anything.
This song contains divine words of Babaji in between that surprising just came from different audios but all just fell in place with the theme of the song. The music is deliberately jam packed with orchestra strings, percussion and much of modern electronic techno stuff just to make the song more foot-tapping, palpable and relishing, however, the emotions and intensity of the lyrics and tune remains undisturbed for the purpose it has been sung for.
My sincere gratitude to Bade Baba, Babaji and all of those who love cherishing this blog here, with the grace of our Guru. May his love and blessings prevail on all of us. Namah Shivaya. 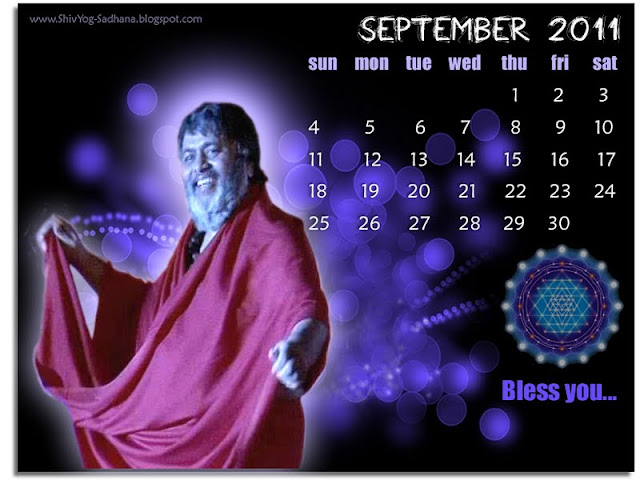 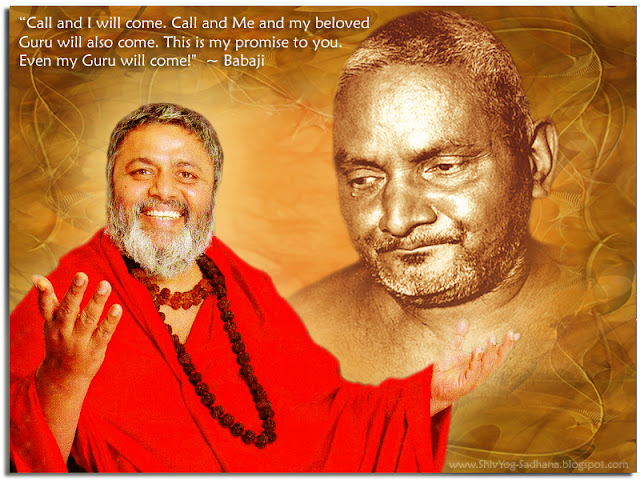