Mt.Abu Shivir - Art of Self Realization

Eligibility: Open to all. Pre-registrations required.

Registration form should be filled completely and sent along with the Demand Draft of the appropriate amount in favour of “ Shiv Kripa ” payable at New Delhi to the following address:
Shiv Kripa
D 170, Sector 8, Dwarka
New Delhi 110075, India

some more hotels: (Note: It is advisable to check with the hotels from the link on the official site first since it is a huge list there. The below links may be used only if one does not find any there. Budget hotels are found more in the above given list. There may be repetitions of hotels in the links below from that list. One can use as appropriate.
www.lookindiahotel.com/hotel_in_city.php?city=Mount%20Abu
www.mountabu.com/hotels/mount_abu_hotels.html
www.hotelsmountabu.net/ 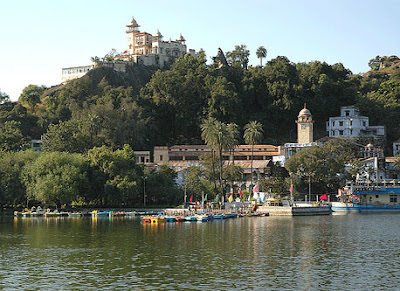 About the place: Mount Abu situated at a average height of 1,219 mts above sea level is the oasis in the deserted land of Rajasthan and posses the honor of being the only hill-station in Rajasthan as well as north-west India, The world famous tourist destination is known for its Delwara Jain temples and natural beauty world over, situated amidst lush green forested hills on the highest peak in the Aravali range is also the summer capital for the Indian state of Rajasthan, home to lakes, waterfalls and green forests, the hill retreat, has a very cool and soothing climate thanks to its rich flora covering the entire hillside that includes coniferous trees and flowering shrubs. Mount Abu with its word-class tourist facilities with hotels ranging from budget class to three star and heritage provides a great holiday escape and honeymoon attraction. Every year more then three million national and international tourists visit mount abu enjoying its scenic beauty, rich flora & fauna as well as the marble art of delwara jain temples. 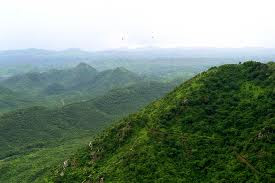 Mount Abu is declared closed area since 1965. Although, complete area of 328 sq. km. of Abu Hills is declared protected but officially 112.98 sq. km. is under unnotified sanctuary area (Anon., 2003). In shape, Mt. Abu Wildlife Sanctuary is long and narrow but the top spreads out into a picturesque plateau, which is about 19 km in length and 5-8 km in breadth. Once home to the meditating rishi and munis, the legend has it that Mount Abu is home to 33 crore Gods and Goddess. According to the legend the name Abu means son of Himalayas (or Ar-Booda, "the hill of wisdom"), deriving its name from Arbuada - the powerful serpent, which rescued Nandi the sacred bull of Lord Shiva. Mount Abu has been home, to many rishis and munis (sages and saints), including the famous Rishi Vashishtha, who is believed to have created four Agnikul Rajput clans, from a fire- pit, by performing a yagna or fire sacrifice, to protect the earth from the demons.

One sadhak has talked with one Mr. Asit Gupta in Ahmedabad with the intention that sadhaks could co-ordinate the timings and share a car. Below are the details provided on the prevailing rates currently in Gujarat.
Note: Ahmedabad to Mount Abu is around 225 kms
* The pricing mentioned above includes Car, Driver & Fuel (Petrol/ Deisel)
* Toll tax or any other taxes applicable extra & to be borne by the customer.
* The pricing hereby mentioned may change as per the market prevailing rates during the time of booking.

By Air:  Maharana Pratap Airport at Dabok 22 Kms from Udaipur and 200 Kms from Mount Abu is the nearest Airport to Mount Abu. It is well connected with major cities of India including Delhi, Kolkata, Jodhpur and Jaipur and Mumbai. It takes approximately 4 hrs. drive from Mount Abu. Taxis and buses are available to reach Mount Abu.

Some Important flights routes are from Ahmedabad Airport are as follows:

By Rail:  As Mount Abu is a Hill Station, Abu Road (29 km) is the nearest railhead linked with Ahmedabad, Delhi, Jaipur and Jodhpur.

By Road: Abu is well connected with Udaipur (185 km), Ahmedabad (221 km) and Jodhpur (326 km). Mount Abu is well connected with major cities in India. It is just on 28 kms. long diversion route from National Highway No.14. If you are coming from Gujarat then keep in mind to leave the highway from RICCO, Aburoad and if you are coming form Delhi or Jaipur via. Sirohi then leave the National Highway just after passing 15 Kms. away from Swarupgunj Toll Plaza.


Religion: Mount Abu is a mixture of religions. Abu boasts of the world famous Jain temples at Dilwara and Achalgarh. Hindus  temples are found in all four directions of Abu. There are churches, a  Gurudwar and a mosque also in Abu. The main religion is Hinduism. The follower of Brahmakumaries  also have their main headquarters in Abu.

Security and Safety: Mount Abu has a reputation of being one of the safest cities of India. Crime rates are extremely low and the streets are safe to walk in any time of the day or night. Tourists are warned to be careful about their valuables as times are hard they should keep it in a safe place. Peak season time beware of wily drivers as they could take you for a ride for twice the asking rates. The Mount Abu Administration is vigilant in ensuring that the tourists are safe. The police do patrol the winding roads of Abu late into the night to ensure the safety of the local as well as that of the tourists.


ID Proof & Passport:
According to law, you must have either of these two documents with you all the time. To check into a hotel you must show your ID (licence, PAN card, etc or passport to the hotel clerk.

Electricity: Mount Abu does not have power cuts/ or power shedding as in the rest of Rajasthan. But there may be power failure due to faults, storms, heavy rain or just some maintenance work; it is advisable to carry a flashlight.

Plastic Bags: There is a ban on the use of plastic bags, please note from August 2010 there will be a complete ban so please do take the trouble to carry a bag other than plastic  for your own convenience .

Begging: Begging is a huge problem in India, thankfully here in Mount Abu you will hardly see any beggars, even if you do see one you are advised not to give them cash, you could help by giving them a meal.

Communications /Mobile Phones: Mount Abu has a good many service providers – Bsnl, Air Tel, Idea , Vodafone and Reliance. Reliance net work does fail in certain parts of Abu so it is advisable to carry Sims of at least two networks . 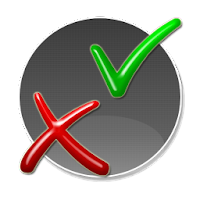 SOME DO's & DONT's (courtesy: www.mountabu.nic.in)
If the need be, please contact following:

* courtesy: info taken from various sites on the internet and clubbed here so as to serve the purpose of bringing relevant info.