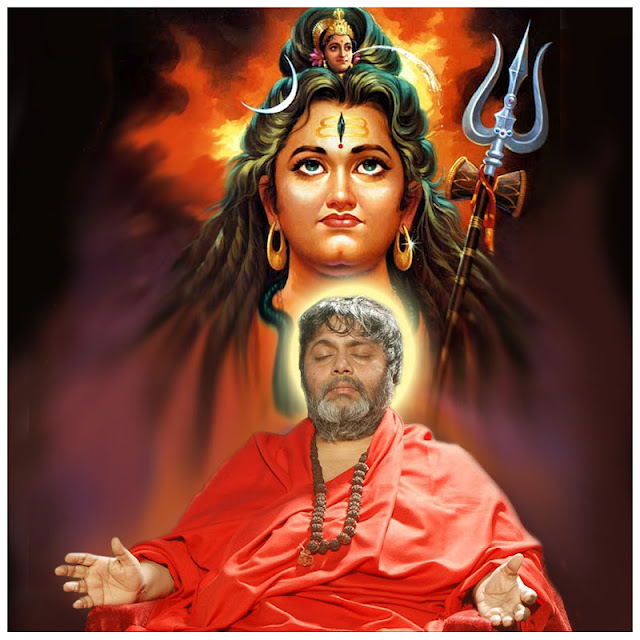 I asked Babaji, "What is Shivratri? " He explained to me that initially when there was no Universe, there was only  the NIRAKAR, the NIRGUN, form-less, quality-less, attribute-less Shunya (Paratpar Shiv)

And then from that Nirakar came the Akar, ie charcterizied by having a definite form. When there is the form, there has to be Gunas (Sattvic Rajsic Tamsic ) and whenever there are gunas there has to be the ego.

So  from the formless the form originated , and came ego with gunas. These characteristics were first observed in  lord Vishnu and lord Brahma. They started fighting for supremacy and it was then that lord Shiva appeared in the JYOTIRLING and proclaimed that one can merge with Him only when one does tapa,sadhna or dhyan. "I cant be experienced until one purifies oneself." And it was then that lord Shiva gave them the diksha and showed them the path to the procedure of tapa.

The stories and fables are many, but this is what I was told by Baba ji .

In Shastras, it is written that 'Just minutes of meditation. on Shivratri is  equivalent to years of meditation and the person who meditates in all the 8 pehars , attains great healing and divinity.

But 8 pehar puja is not going and ringing the bells, lighting the agarbattis , it is rather meditating on Shiva in a profound state. From the first pehar start meditating and continue his smaran till the last pehar.
Be in the meditative state throughout; that is do the Sanjeevani/Shree Vidya sadhna with the Beej mantra as taught by Babaji in every pehar. 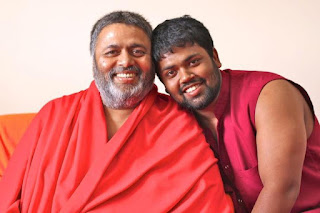 Eat amrit bhojan that is raw fruits and vegetables.

The first pehar will start from early in the morning at 7:00 am and there is a pehar after a gap of every three hours. Pehar meaning when the energies are at the peak.

Babaji will be meditating throughout for all sadhaks.
Lots of blessings from Baba ji and ma
Namah shivay
Ishan Shivanand

The folklore and significance behind Shivratri is explained below on this pious day of Mahashivratri 2012.

Once there was a dispute between Lord Brahma and lord Vishnu. Both claimed that they were superior. As the quarrel worsened, the universe started to lose its balance. Just then, a Jyotirling appeared before them. It was huge and appeared as if it had no beginning and no end. Divine chants reverberated from within the Linga .At that time, both the gods decided that  the one who would find the source of the ling would be superior .So lord Vishnu took the form of a wild boar and started to look for the base of the ling. Lord Brahma took the form of a swan and flew to find the head of the ling.

But as infinity has no beginning or end , their search was in vain. For many eons, they searched but could not find the source. Lord Brahma, tired and enervated, one day saw a flower falling down and asked whether it fell from the top of the lingam.

The flower as we know today as ‘Ketaky’ replied, “I do not know. From the beginning of time I have been falling." At that time, the Lord decided to cheat. Brahma asked the flower to tell Vishnu that it was procured from atop the ling by him and that the flower itself was witness to this. The Ketaky flower readily agreed. They both thus, went to Lord Vishnu, boasted about their prowess, bragged about how Lord Brahma had reached the source of origination of the Linga i.e. the head of the ling and how Ketaky was the witness to this achievement. Lord Vishnu accepted defeat and bowed down to Lord Brahma but no sooner he did bow than Lord Shiva appeared. Furious at Lord Brahma's deception, he cursed Lord Brahma that he shall never be worshiped in temples and cursed the flower “you shall never be used for my prayers”. At the same time pleased with Lord Vishnu’s simplicity, Lord Shiva blessed him that from this day, Hari and Hara will be seen as one.

But Lord Vishnu prayed to Lord Shiva, to douse the anger and bless all. Lord Vishnu prayed for wisdom. it is at this point that Lord Shiva was pleased and exclaimed, “Whenever the physical form is taken, with it come the gunas --- the Satvik guna, the Rajasik guna and the Tamsik guna. You fought because of the Rajasik guna, hence if the physical form is achieved, you must strive to purify it of all the Gunas through tapa (sustained meditation).”

Next, to usher purification in both Lord Vishnu and Lord Brahma, he gave diksha to them through his breath.

The day when Lord Shiva through his breath gave the diksha is known as Shivaratri and any sadhak who on this day connects his breath with Lord Shiva, will receive the grace, the diksha and the divinity of Lord Shiva. The message of Shivratri thus is that with this physical body, come the Tamsik the Rajasik qualities and one must purify oneself  of all negativity through sadhna .All Shivyogis must raise their level of consciousness to the level of Supreme Consciousness. It is the day when the pace of transfer of energy from the divinity is at its peak and one must strive to connect and get the most of the blessings from Lord Shiva and one’s Guru. For that, Babaji says all Shivyogis must have Amrit Bhojan which is raw fruits and water or else, if possible pure milk.

There are eight pehars i.e. the time when the energy is most powerful 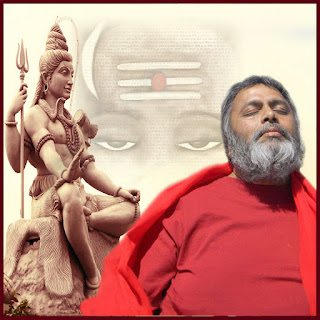 At these times, Babaji says a Shivyogi must meditate, and read the Swadhyay....

Shiv Panchakshari strotra, Rudrasthtam, Lingasthkam followed by the chanting of Aum Namah Shivay.
The whole day you will experience great healing as Babaji Himself will be in deep meditation, connecting with the Source, blessing and healing all Shiv yogis.

Lots of blessings from Babaji and Ma
Namah shivay
On behalf of Baba ji,
Ishan Shivanand