Was just pondering over Baba's teachings.... a question that came up was - Do i follow His teachings or practice His teachings? There was a hell of a difference! When one is seemingly a spiritual person, how many times does one grind teeth or punch into one's own palms with anger towards someone or something. That is also violence even if one has been nonviolently living without arguments, fights in real life. Following a path makes one live nonviolently externally but practicing a path makes one nonviolent both internally and externally. 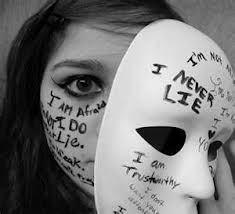 Following a path makes one live according to how one is looked at because there are certain expectations from people, towards the one who is following a path, religion, scripture, etc., but practicing the path dawns upon one the Guru's grace that makes one aware of these subtlest forms and thus even the inspiration to attempt to remove them. Otherwise, it is only a life of myth of believing that one is spiritual in the mask of following a path and usually this makes life a bed of roses for everything seems glorified and appeasing to the ego. With practicing a path one is constantly facing this ego and the numerous things that one does not like about himself or herself and there is a constant strive to overcome every bit of it and attain self-mastery than lying comfortable in a pool of praise of being a spiritual person and comforts of not having to face one's real face - of one's own flaws. In following a path, one can please everyone but not oneself, one can fool everyone but not oneself. Practicing the path one becomes aware that one cannot please everyone neither one can please oneself because certain truths always haunt if ignored. Similarly, more than following scriptures, practicing scriptures become meaningful. More than following the ways of the Guru, what becomes worthwhile is practicing the ways of the Guru. And, that is where the challenge lies. Overcoming those challenges is tapas. Practice is sadhna. Support systems that Baba offers to overcoming those challenges are seva and sankirtan. Acceleration to spiritual growth comes from the grace of the Guru and the Divine that is the reward of sincerity in practices to overcome these challenges. 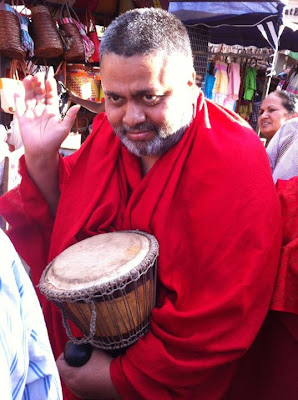 Practice brings in direct experience and following brings in hallucinations. Following is easy; you just have to copy. Practicing is difficult; you just have to persist. Following is slavery, practicing is mastery. Practice is the only way to attain mastery over one's life, in becoming masters of one's destiny. Of the very few masters of religion i was able to contemplate on, i found they never followed their religion, but they had practiced their religions. Of the very, very few masters whatever little deep i could look into, i found they had never really followed their Guru but have practiced their Guru.