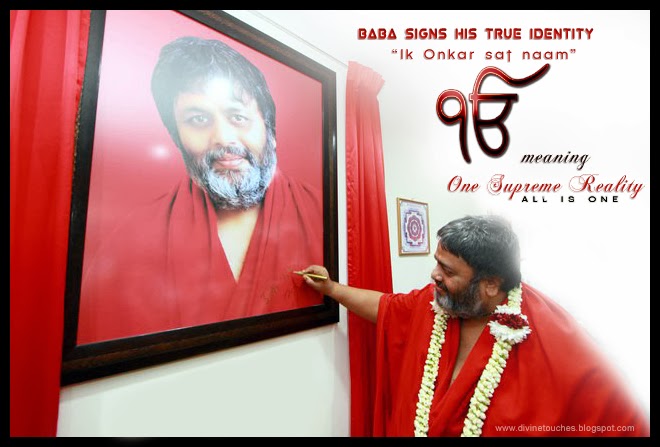 At a place where Babaji was offered to autograph His own photograph, Baba wrote His true identity ~ "Ik Onkar, Satnaam" meaning "God is One, His true name."

A beautiful rendition of the entire of the Mool Mantra sung by Sikhs, which is the opening phrase of the "Guru Granth Sahib" - the first composition of Guru Nanak.

Below is the entire script with it's English meaning
along a beautiful video of this looped sacred chant.

sat naam
His name is True

kartaa purakh
He is the Creator

nirbha-o
He is without fear

nirvair
He is inimical to none

ajoonee
He is beyond births and deaths

saibhaN
He is self illuminated

aad sach jugaad sach
He is True in the beginning, before the anything universe existed

sochai soch na hova-ee
By thinking, He cannot be reduced to thought

kiv koorhai tutai paal
And how can the veil of illusion be torn away?

hukam rajaa-ee chalnaa naanak likhi-aa naal
O Nanak, it is written that you shall obey the Hukam of His Command
and walk in the Way of His Will 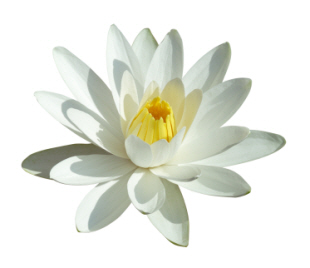