My birthday is in a few days. Never have i celebrated birthdays for the past decade for i fail to understand the glory of its celebration. But, my last birthday was meaningful and was the best birthday i had. i was blessed to have witnessed many leelas of Baba, while had the opportune to be at closer vicinity with Him and one such experience i would like to share this.

i was in the ashram last year this time happily working on the system and my birthday had approached and i as usual shut off my cell as the day began. Not a soul knew about this day and i was very happy about it. As noon approached, a desire suddenly erupted in my mind as to "how wonderful if i would get a glimpse of Baba today; it would make my day!" It was long since Baba had been down in the office and was missing Him too. Then an equally strong thought that quickly followed was Baba's words "Don't run behind the body." Then i thought why was i giving the physical meet so much importance and also giving so much equal importance to the birthday, when i always believed that we are born and die every day (in various ways). So, immediately i shunned this idea and knew that Baba had not been down for so many days and so why struggle behind this meet. At other times, when He was physically there, never did such thought occur, but it was this 'birthday' thing that had given rise to this thought, which gave a hint that still the birthday thing had importance deep down

Suddenly, i remembered the sketch that i made of Baba almost two years back but always carried it with me. i thought, at least i can give this sketch to Him on this day. So, i took the sketch and went into an office cabin and gave it to a person to kindly give it to Baba, which he said he would. i was overjoyed of the thought that at least He would see this and think of me today so in some way i would still receive His blessing on this day. But, the person forgot the sketch on his table and left. The whole day passed i was busy at work and having a good time with colleagues. 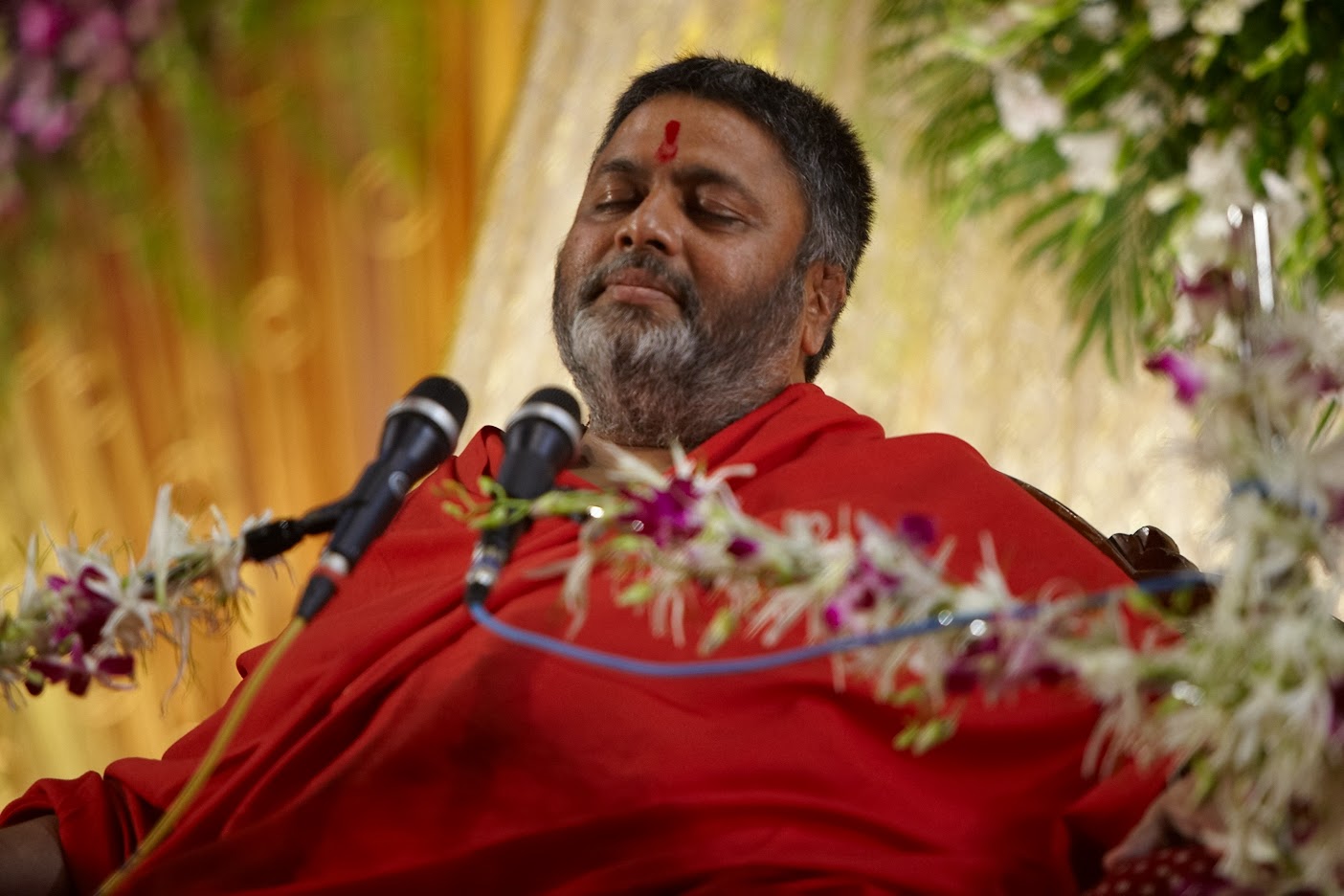 Soon, it was evening and at 6 pm everyone started leaving. It was about 6:45 p.m. and i was almost alone in the office still working, while this thought returned back even strong. "The day is gone and i am leaving now. I should have made a prayer to meet him.... at least a glance... no need to telling the birthday stuff, but at least a glance would have been enough." Again, followed even strongly "Don't run behind my body." i got up and thought that i am still stuck with this birthday and darshan thing though not really required. i had to talk something about work to a colleague in the next room and leave, so i got up and walked into that room and told what i had to tell and it was not even a minute that i spoken it standing at the door of that room and when i turned to leave Baba was standing at the door!! Fully smiling with big eyes staring into me without a blink. He said "Namah Shivay!" i could not speak a word and just stared at him. What more was a form of Him i had never ever seen before. He wore a red turban around his head just exactly like how Sai Baba wears with a knot on the side and the turban flowing down. A few seconds passed both looking at each other and He sensing my situation spoke of something else and i answered him. i still could not recover from this sight and Baba walked down the hallway. i returned to my seat totally excited at the fulfillment of this wish and that too in a minute. Because i had i just entered that room and not in a minute when i turned back he was at the door! i sat there at my seat for something trying to recollect it all. In not less than 5 minutes the door opened and Baba entered the room i was sitting in and i sprung to my feet. He asked, "Have you made that sketch?" i stammered "Yes, Babaji". He rolled His eyes with a broad smile and said "It's nice, very nice!" and then left the room. i fell into my seat totally blown. He had gone straight to that room where i had requested the sketch to be given but it was forgotten and left on the desk and Baba went straight into that room, looked at the sketch and came back to my room and acknowledged it!

This was the most beautiful birthday i had. He knew what i had presented was lying in that room. He knew what was in my mind. And to fulfill it, He Himself came down for it... and that too with a Sai turban around His head. After leaving the room, He had walked a full round of the ashram and went up. What was that all about only He knows. It is impossible to decipher saints. This coming birthday i was reminded of this beautiful episode and felt compelled to share it, for His examples of omnipresence and "knowing it all" should reach all.

Lots of love for all seekers on this path of truth and light. May the Guru's light continuing guiding us all unto light. Divine Love and Light.
at February 19, 2014 No comments:

Holding Opinions About Others

Holding opinions and criticizing others is most selfish living because it dictates what others should be doing so that i live a better life in the way i think it should be and not what i should be doing so that others can live better lives. It's not just about Kejriwal or any politician, if you observe carefully, human race developed the tendency of criticizing anything and anyone around as long as life is there in them... that has become a habit, not even sparing saints and even friends and family. Firstly, noone even cares about what the opinion maker thinks or what opinion he or she holds about others. Neither have those opinions brought any changes in others, except having created more reactions in self and to the one projected. These are the very tendencies Babaji has been telling from day one to avoid because they simply attract consequences or karma. Not just for the fear or karma, but even what is the use of commenting on someone else or holding or expressing opinions about others? It is so easy to blame and criticize other, but sooooooooooooo difficult or even impossible to do even 10% of what others do. Opinions, judgement and criticism, if you observe, is always towards those who are doing something and is most of the time what one has not done or cannot do. 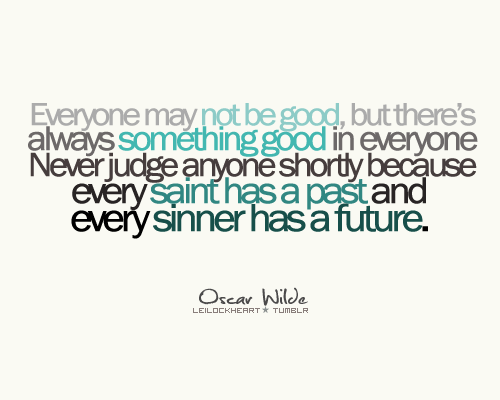 Commenting on how Tendulkar could have made a double century when you cannot even face a ball is hilarious to reality. Babaji says instead of focusing on world transformation focus on the only thing that is possible to transform - YOU. Apart from transforming ourselves, we can only talk about country transformation, world transformation, family transformation and transformation of every single thing around us, other than me. So, if any flaws have to be seen, it's better to sit in meditation and catch one's own flaw, comment on it, and take measures to straight it up. Rest all is only goofy-goofy talks, gossip activity, energy drainers, unwanted pulling of someone else's karma into one's own lap. Never can one get onto the divine path unless one throws themselves out of the vicious cycle of criticism, action and reaction. Know that these are the major obstacles lying on the path. Unless one takes personal responsibility in understanding this fact and puts and end to it, nothing really will happen. It will be like a merry-go-round in a fair, you will have fun, go round and round and round and maybe even have covered 20 kilometers sitting in it, but yet not even an inch would have been traversed on the trail to the royal path. 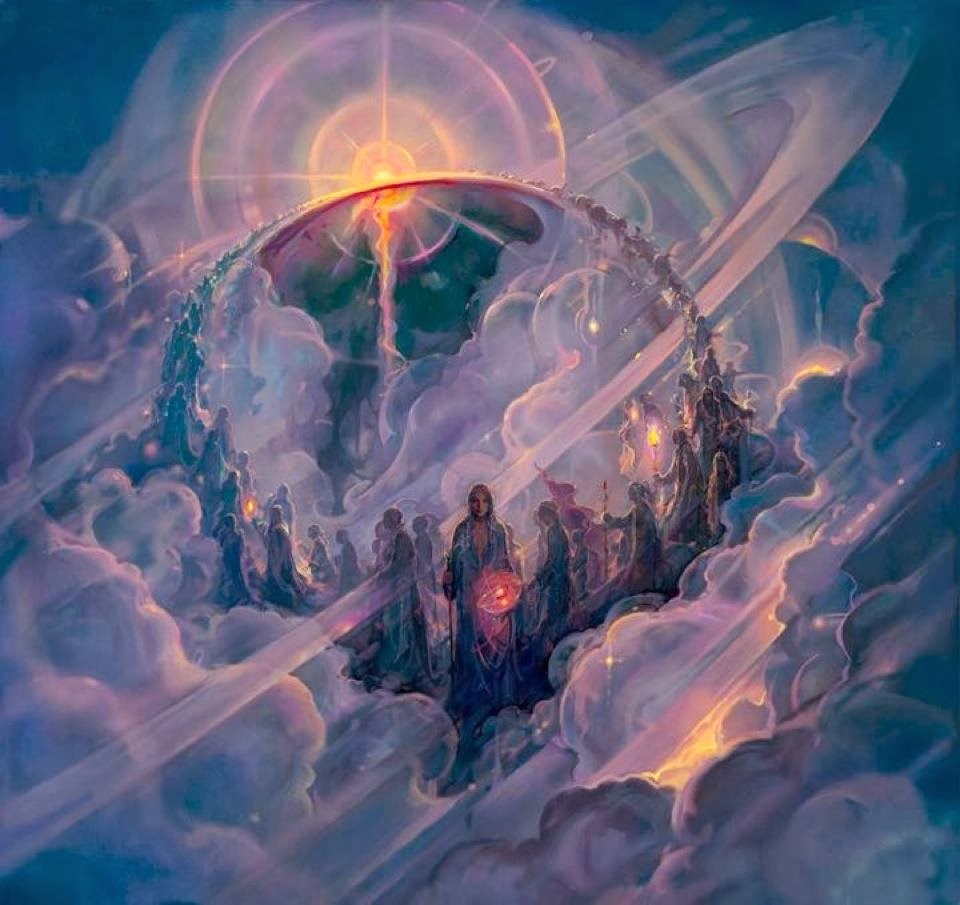 It is heard that the path is full of hurdles; true, but they are not just lust and anger and ego and disease and challenges, they are these small things too... smaller things that can lead to larger consequences. Every moment you are tested. It indeed is not easy, unless one's eagerness is to catch the teaching of the Guru to the depth. If not, still attempts can be made by not falling prey to criticism and unwanted gossip talks. And, let us leave such large concerns to the higher power, the group of Siddhas, the council of higher beings who look into the administration of such things on earth, who have been and still are looking into larger concerns. There is a larger government that governs all the governments of the world. Nothing is eluded from them. If something is going on, they are sure aware of it. They don't see things the way we see things and that is why what appears wrong to us, was never wrong to them. They all have larger meanings, and they don't feel necessary to explain those things to us. If they have to be known, only one way, walk the path and know it. The problem is that they are seeing everything in the reality of the Universal game, but we take things so seriously that we feel the responsibility of the entire cosmos is over our shoulders. Only our own responsibility is over our shoulders. To progress the path, this other path of such meaningless things have to be completely shunned. Choice is always there. Both choices of man along with their consequences, are totally acceptable to higher realms, but the fruits of which man alone has to bear. Aameen.
at February 17, 2014 No comments:

Saying NO with confidence

Baba's teaching "Say NO with confidence."... is not saying NO when you are asked to do homework....lol... When your conscience is clear, there will be no problem saying NO with confidence. Be it alcohol, cigarettes, a gift, a 'lucrative' offer, a compromise with your conscience, anything unethical, a proposal or an advice or suggestion that will instill greed, guilt or fear in you or anything that you feel not in line with your inner peace and conscience; the foot must be put down.. Train kids especially the difference between a right NO and a wrong NO. Gratitude to the Master 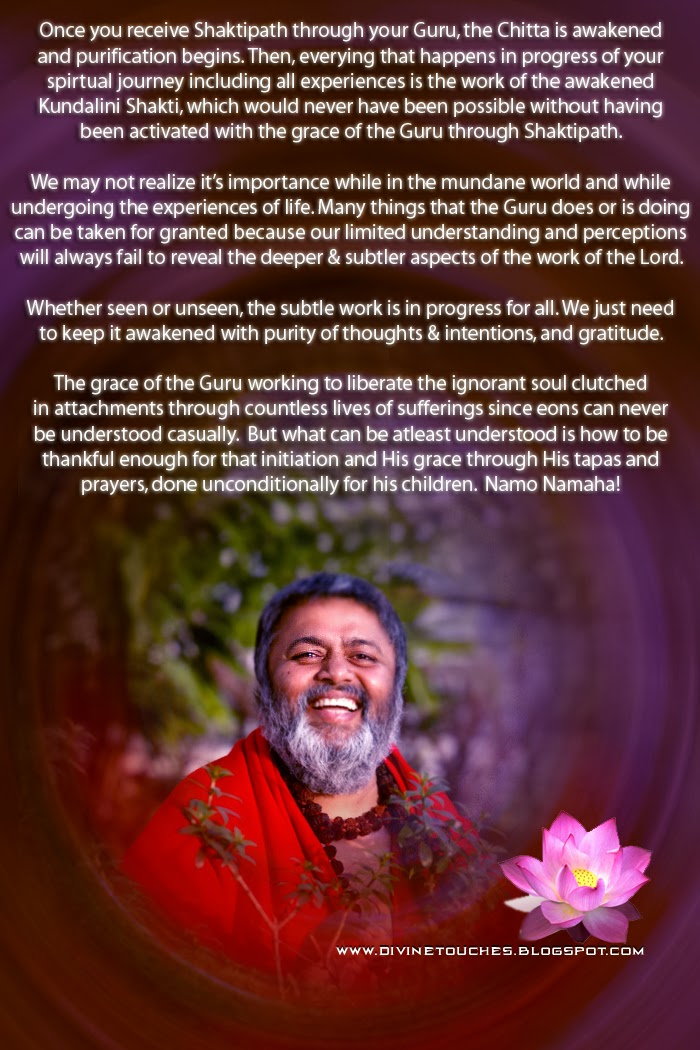