All written are my own views and not influenced by anything other than the flow of my feelings and emotions. Reader's discretion suggested.

In whatever i have been able to write till now here on this blog with Babaji's grace, Acharya Ishan Shivanand, as he is known, has not been much of a mention. It is so, much because Ishan ji has always kept a low profile on the media, inspite of responsibly shouldering Babaji's mission, inspite of his contribution to the world by conducting independent shivirs and his other activities of serving the world. 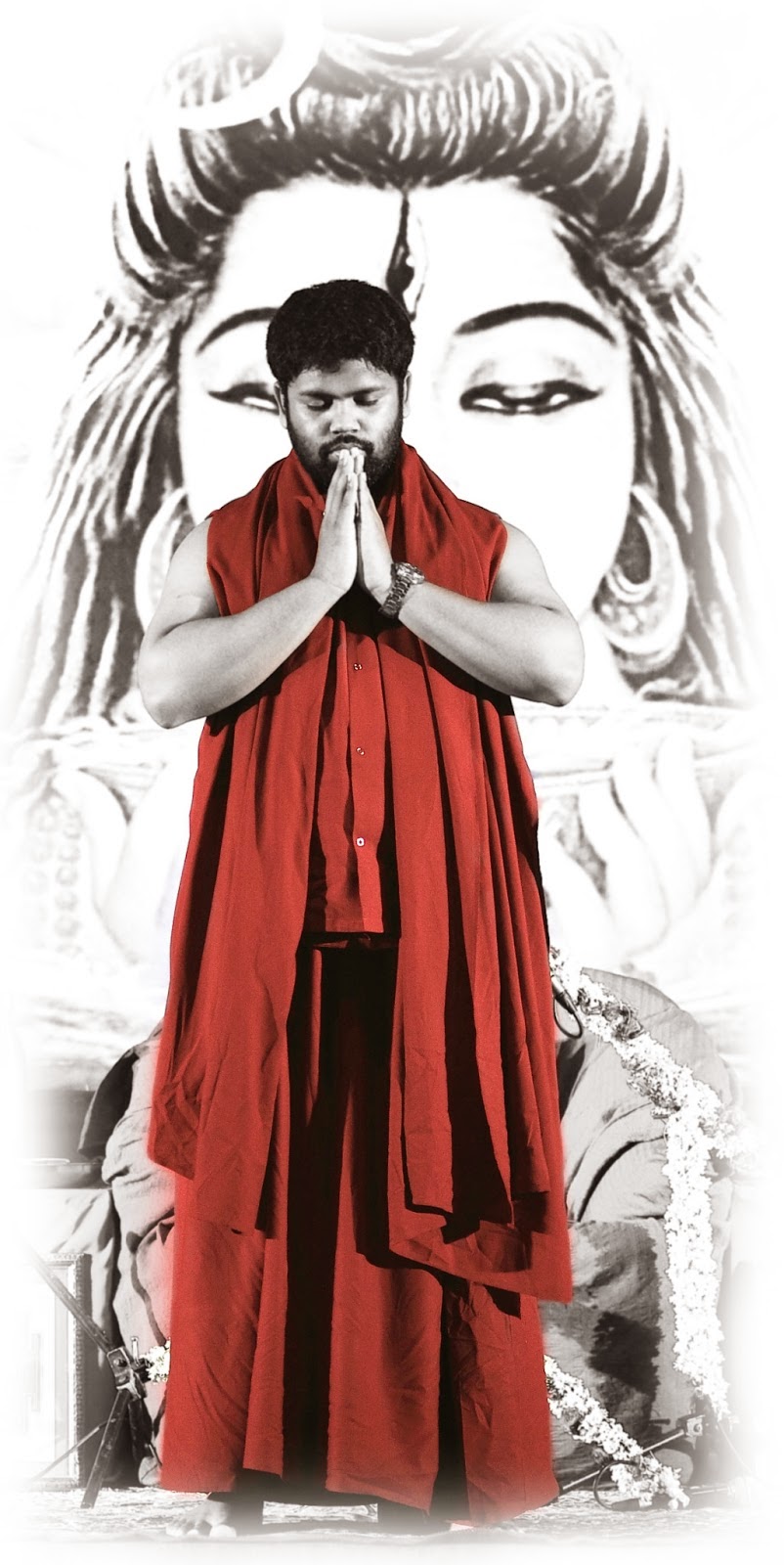 Ishan bhaiya, as i address him, because though being in his twenties and looking a kid amongst the mass seekers of ShivYog who are from all ages, he still commands a higher evolved status in his spiritual evolution. Being born to a saint of the lineage of Siddhas, Avdhoot Baba Shivanand, it is but obvious of the stature of being a rishi putra. i always hesitated writing about him because his own energy of working from the background was so powerful that it made it feel natural about not being highlighted. He was well hidden behind the shadows of Babaji and often was seen in the few shivirs that he independently conducted. In all his shivirs, on the platform, he is funny, jovial, emotional, assertive, dynamic, everything always combined with sense of humour. That's all that is known about him as he quietly quits his platform after the shivir ends, a task obediently accomplished to His master and father - Babaji. In the workshops he conducts, everyone can feel the strong essence and presence of Babaji always emanating during the shivir, which is undoubtedly his total surrender to his Guru and the clean channel that he is for his Master to work through him. This explains why his shivirs are as powerful as Babaji's. During the period of shivirs, he is seen to pull off from his 100% worldly tasks, to now turn focused to the other 100% spiritual responsibilities, and in this focused task, he delivers the best for mankind, in both energy and teachings in a very simple, straight forward yet profound and light at the same time.

The other times when he is off shivirs, he is just like another normal human being or rather a total kid, running around the home and office with his mischievous caring for all, passionately playing his drums, practicing weights and his martial arts skills, punching with his boxing gloves the wall pad with the force that could shatter iron, driving around, going places and learning new things enthusiastically, meditating - sometimes even in the wee hours between midnight and early morning, playing with his dogs and doing the thing he loves doing the most - charity. On and often he is seen driving boxes full of eatables and soft drinks to the orphans and destitute, which he personally buys, carries, dumps them in his car, dumps them out, even to pick them up and serve, not waiting for anyone nor wanting to even glance around for a helping hand, sometimes profusely sweating yet the smile never fading to the little children that love him so much and wait very dearly for him.


He brings them their favorite movies, games, fixes up wide screen television for them and then enthusiastically sits with them like a kid choosing through favorite movie CDs and discussing their contents with the already-knowing kids. He is often surrounded by the children and he is seen sitting right in the center telling them stories and experiences, while they laugh, and laugh, and laugh. Sometimes i hear him telling secret stories about Babaji and His wonders and often wondered why he tells these little ones all these which he never speaks about otherwise. i then realize it is the like-mindedness with these children of pure minds. 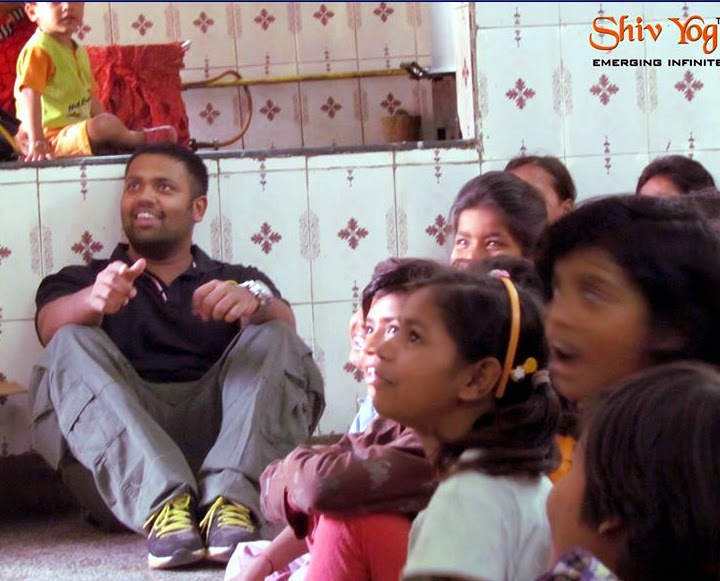 Children tell him whatever they want and it is ensured that he brings them those. If not orphanages, then he is seen driving to the destitute homes visiting abandoned old people and giving them his time and love. 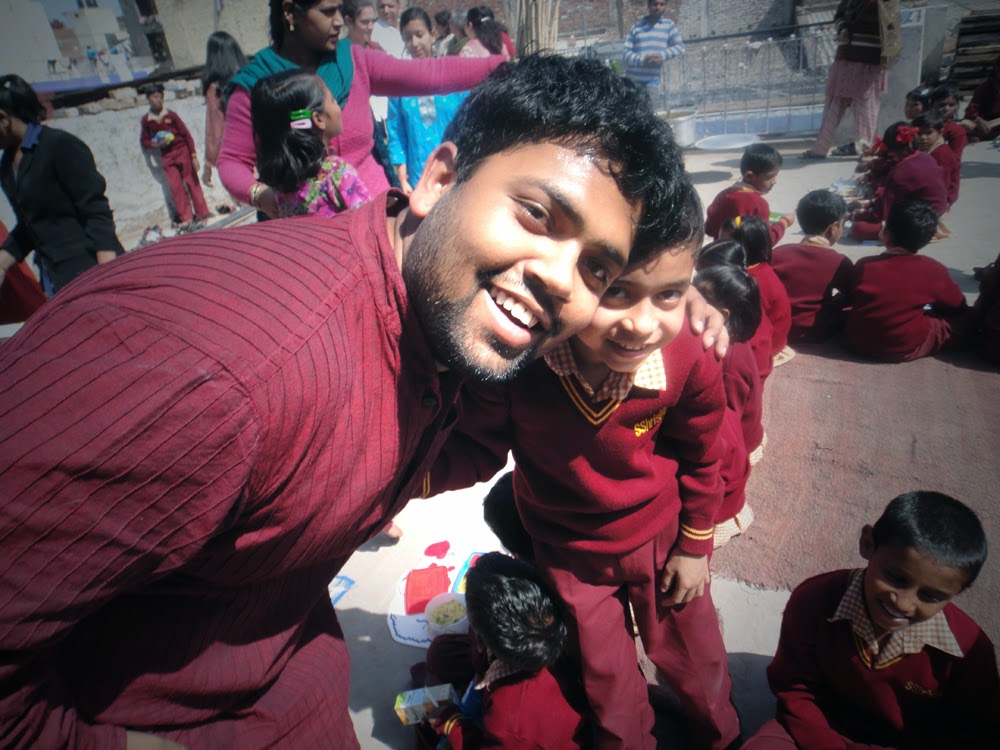 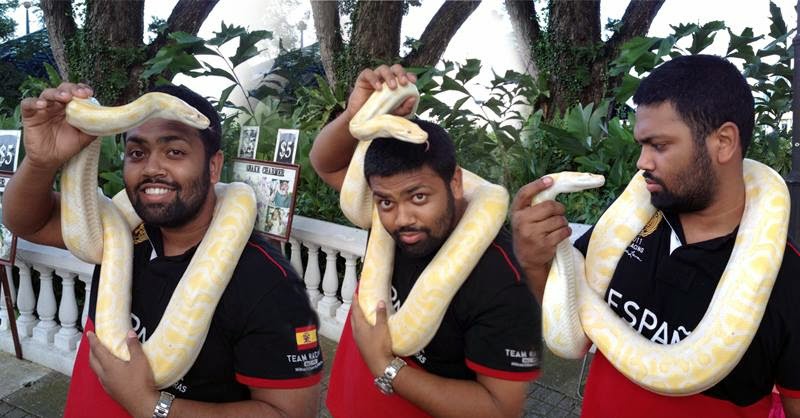 He is open to learning and is well studied about religions, sometimes having information to most extinct stuff that you might need to google and yet have a hard time finding. i have never seen him differentiating or discriminating any scripture or religion in anyway for he knows the in and out wisdom of how these are interconnected. In fact, i have learnt more about Jesus and the Bible from him and Babaji than i could have read or understood from elsewhere. This demonstrates the open spirit of oneness that resonates in the most profound truths of Babaji's and Ishan bhaiya's teachings and messages. Never discriminating between the rich or poor, high or low, this caste or that, he has always been the same in tone and speech and response to everyone. Humility is the biggest quality that can be observed and learnt from him for he never moves around like the son of a spiritual king, even be it in the shivirs, he always has Babaji's message and love to be shared in his own ways. In his independent shivirs, when the time comes for the healing or grace to be showered, he steps aside, allowing Babaji to fully function through him.

He is packed with ancient wisdom too. Once at the ashram, Babaji instructed him to conduct a brief sharing of the "Avdhoot Gita", which he did for two days for a couple of hours everyday and the wisdom and explanations that flowed from the in-depth meaning of the Avdhoot Gita was profound. People sat in apt silence to listen to the various interpretations of the minutest detail of the scripture. Similarly, he continues to impart around the world - the wisdom and secrets of the ancient masters that was imparted to him by his master. His advice was always that instead of reading, it was better to meditate on authentic sources or rather on direct sources, on scriptures like these, for that would draw in the uncontaminated versions or interpretations of authors.

Whatever and however and wherever, whether at home, at office or in shivirs, he is always bubbling with child-like enthusiasm and energy. Above all this, is a very mature and responsible head and shoulders that is ever ready to help others. A mind and body that can push to any limits beyond it's normal stretch. The most best part i adore in him is the softest heart that he carries. Filled with love, compassion, understanding, love that many times gets shielded by the encasement of a strong human body. This is seldom seen, for he deliberately or conveniently hides it or shies away from this most powerful human quality that makes a human Godly.

At the same time, totally multi-tasking in various different activities that his each role as a son, husband, brother, and an Acharya to the world, where so many are connected to him in so many ways. One of the most dynamic example to the current generation that managing life to the peak is possible - both in the world and out of the world - as a householder and as a monk. An example of how one can become a strong vessel to his master's grace. An example of how to handle challenges and spearhead through it with a smile and poise. An example of how to remain level-headed at all times. An example of how to take life with an openness to learn and how not to take life too seriously, which he often shares in his shivirs of everything he learns from life and Babaji. A rare amazing feature of him is the ability to become a servant to the servant and act as father to his father, which are those moments which none can explain, showing the amazing responsibilities and mastery of certain aspects of life.

Never noticed him backing off from anything, with the willingness and enthusiasm to do anything and everything, head on. He can jump into a slow-moving satsang like he did once on the Mahashivratri night in the ashram, and grabbing the dholak played it with such intense passion and intensity for close to an hour, that blood oozed out of his fingers. Never being bothered much about it, after an hour he resumed playing the dholak with the same passion, least bothered about his injury. Same way, he can jump into a children's gathering and take on the responsibility of the anchor and bring out spontaneous games and activities to make the children burst forth with energy, laughter and frolic. He can put rules and regulations and formalities at stake with his direct and straight attitude of dealing with things to-the-point and not going merry-go-round with it. His words and actions are often very direct and not within the confines of the societal conditioning, like a yogi who is not bothered about the formalities of the societies and its bounding conditions that prohibits one from being oneself - the quality of walking the footsteps of the Siddha lineage. 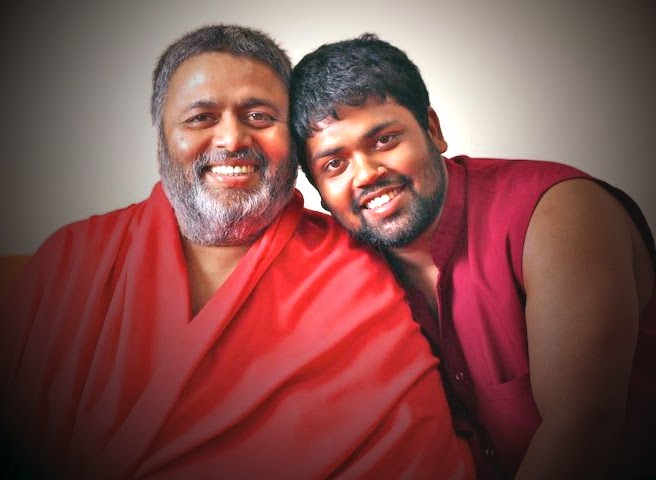 Since a very young age, he has been moving with his father and Guru and assisting Him in His mission, he already has begun unfolding his own mysteries and wisdom in many ways as he now assists Babaji full-fledged in the Divine mission. While assisting in Babaji's mission of awakening souls around the globe, he does not really seem to be independent, for his Guru is fully awakened within Him, which is very much evident in the shivirs. Though being powerful himself spiritually in many ways, this is something which can never be noticed being revealed in any aspect of his daily living due to the least importance given by him to be demonstrated or bragged about. Of course, all that is seen is not the end of what he is, mysterious that he is in many ways, often exhibiting mystical stuff unknowingly as he lives his normal life.

Though this article may seem to be in praise for him, it still does not fully justify to cover many aspects about him that are noteworthy but still not mentioned. But, knowing that he never like things this way, it was never an inspiration to write, but today just thinking about him, could not resist from writing, which is the best way i could offer my love for him as a guide and inspiration in my life journey. This hands, body and mind may not be worthy to express about souls like Babaji and Ishan bhaiya, but yet i attempt to catch a little glitter of the divine touches into this space. In gratitude to him and gratitude to Babaji, divine love and light. Namah shivay.