I actually began writing about ascension challenges and ended up with something else, but when i looked again, it looked in divine order, so gave it some headings to make it more clear. So, will continue writing about it in a series. All written are my personal views and learnings through personal experiences and 'knowing', but reader's discernment is advised.

Ascension: Ascension is the term used for ascending on the spiritual ladder or growing into higher consciousness. As one grows spiritually, one goes on ascending to higher dimensions. Here, growth simply means increased awareness and increased levels of consciousness that comes with the increase of purity in oneself. This happens out of two reasons: One, a person or seeker strives to purify himself willingly in order to grow out of clutches of karma and it's hold and to finally liberate oneself out of the play of illusion - the human life drama. Two, everything in creation is evolving to higher states and this is a natural process. Here, evolving means again that even the earth is evolving to higher states of consciousness. Higher states means higher frequencies of energies that is the basic need for all life processes. The higher the frequency, the purer the energy from it. The purer the frequency, the closer to that Infinite or Oneness or Supreme or God. 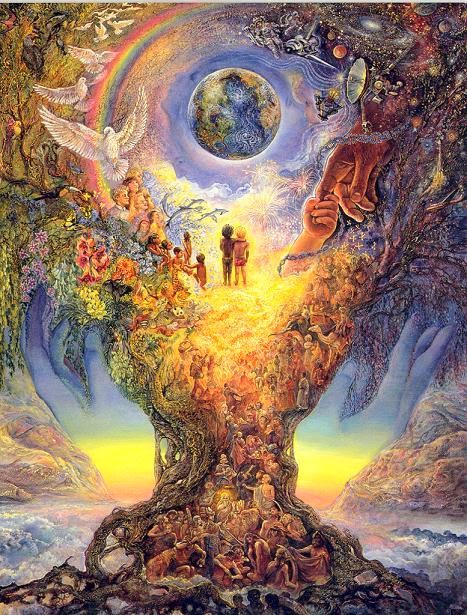 Dimensions: At any given point of time, there are infinite levels of consciousness in the infinite and every level of consciousness has it's own manifestations. Every kind of energy gives birth to its own kind of world. That is how dimensions are created, of all frequencies. The basic dimensions that Babaji often speaks about are the 14 dimensions, 7 higher (urdhwa) and 7 lower (adho). The lowest dimension obviously would have the lowest or the grossest form of energy manifestations and that is where the darker energies form. Likewise, higher dimensions have purer energies and thus in those realms manifest all pure forms of the Divine energy like angels, guides, Gods, etc. Babaji also explains how these forms of creation exist in the micro and macro form - both internal and external like a hologram. All the manifestations of these external dimensions exist in the internal human body. Ascension would mean evolving into higher dimensions, which is both internally and externally.

Earth Dimension and human birth: At some point of time in a human life, the soul is sparked with some awareness of life or his/her existence, they begin pondering about the meaning of life and this is when one starts moving on the journey towards the purest of pure energy - the God energy. It is now that natural urge, because one is nothing but a spark of this God, that once was separated and formed its own sheath of bodies and karmic imprints that kept one moving up and down on the scale innumerable times in innumerable births. When the awareness sparks, every soul is at some point of evolution, but it has to be only in the earth dimension. 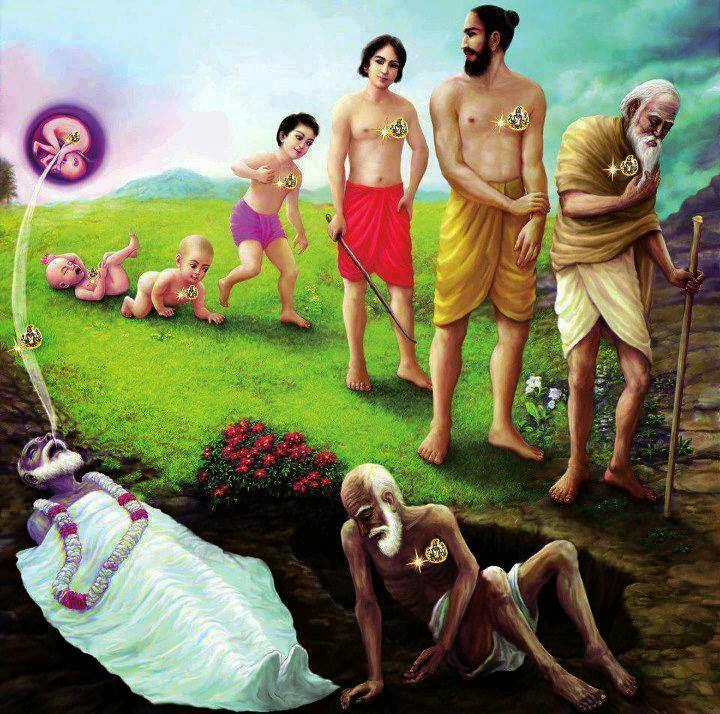 The earth dimension is the dimension that gives the soul an opportunity to wake up and do something, for this is the only dimension that has free will, from what is called the mind. Only a human can discriminate and decide and also act and thus choose to create. This is the only dimension where the Creator has given an opportunity to it's own spark of light - to create. Hence, humans become co-creators, which Babaji clearly explains in multiple forms as "You are the creator of your own destiny". It is here that we make or break, move up or move down. All other forms of life on other dimensions are forms of life for bhog, meaning there is no freewill but only a life that without option has to undergo it's karmic consequences. A lower dimensional being undergoes negative influences with what is called sufferings and agony. A higher dimension also undergoes the rich profits of the souls accumulation of karmic merits. This is what happens in the Swarg loka (one of the dimension called heaven), which is a higher dimension, where there is no misery and pain or suffering but only rewards, pleasure, enjoyment and all these also are the outcomes of the soul's good deeds. But, they cannot liberate themselves because they can only live out their existence in that form, but as soon as the fruits of their good karma weeds out and is experienced, they would take birth on the earthly dimension, for it is only from here that even the Gods, can take birth and ascend and liberate themselves from the bondage of birth and death. 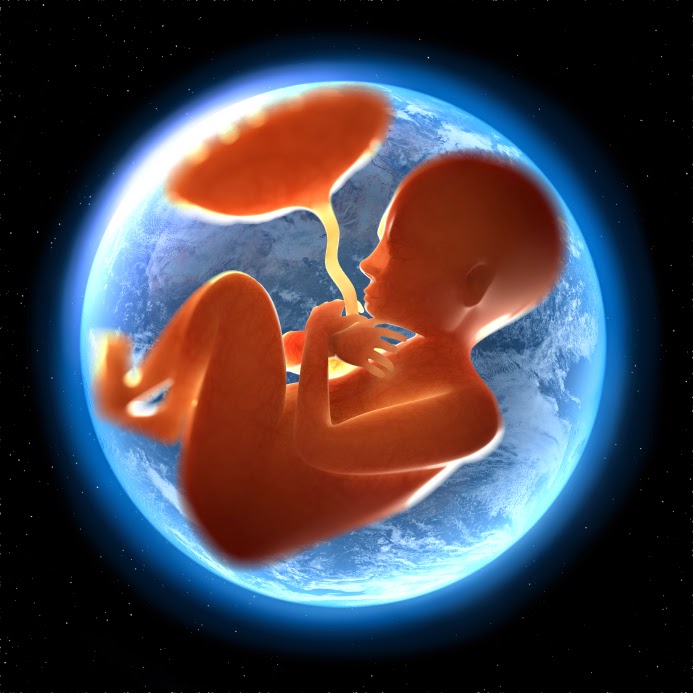 meaning "human life is precious, do not waste it.... oh dear one, do not waste it." Because with the opportunity lost with human birth to ascend, there is no guarantee of which dimension or life form one would take birth. Even on earth only humans have the free will and not any other forms, they are all there to support human form, but they also live life in their bhog shareer, like animals, plants, insects, etc. Even if one takes another human form in the next life, there is still very less chance of one getting awakened and following the path of light. One has been thus taking many birth in different forms, including having been in the lower dimensions and higher dimensions, but still in the loop. The Guru is the one who can redeem the soul and the Guru often comes into a human life when the time is ripe. When the soul is ready to ascend. The Guru, who is a manifestation of God himself, plants the seeds of awakening and growth in the disciple. There are multiple chances that the soul might not liberate itself, but the Guru watches lifetimes over lifetimes, every time coming around at a certain time and awaking and in some cases, even intervening with the laws of creation to redeem a beloved being.

The priceless role of the Guru: An interesting real tale to share in short - A man who is blessed by the Guru falls into severe attachment to his family and wealth. Not interfering with his free choice, the master waits, but the disciple dies in his over-possessed attached to his family. Since the man dies a death in unawareness but with the severe thoughts of his family, he immediately takes birth as a dog near his house. This dog as it grows comes to the home and soon the family members (his own) adopt the dog and give it a lot of love. Satisfied by this, the dog guards the house, both the family and the wealth of the house. 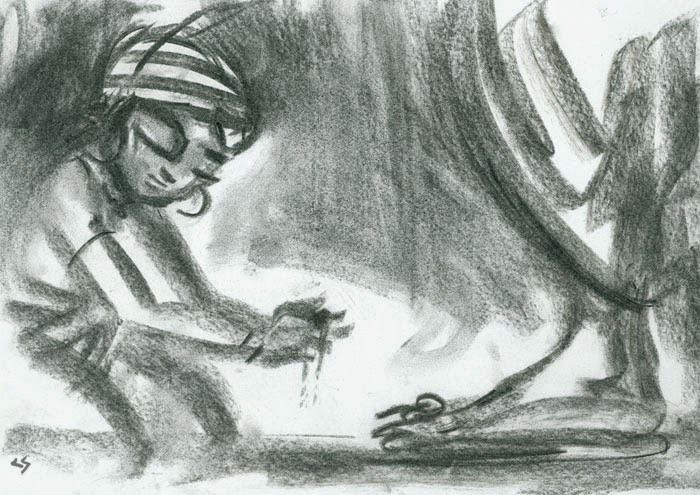 The severe possessiveness quality towards the family makes him not allow anyone even to come close to his family members. It lives all it's life guarding them and the house, often becoming happy when they are happy and suffering when they suffer. The Guru visits this house in the form of a beggar and meets this dog and pats it. That was enough to let its awareness understand of it's stand in life. The dog is overcome with his attachment to the family and soon dies. But still the soul has not overcome its attachment to wealth. Now it takes birth as a snake and one day traces it's house and enters without anyone's notice and sneaks into a small crack opening near the treasure box of the house. It coils itself in the crack that is next to the treasury feeling comfortable to be guarding 'his' wealth. Meanwhile the members of the house befall great miseries and the cause of it all is the trapped energies of this snake, which is now inside their house. The Guru visits this house again in the form of a tantrik and soon the house members began pouring out their concerns of ill-fate. The Guru promises that he can remedy the cause and solution. He instructs the distressed family to break open the crack near where their treasury is. The family members are in disbelief of how he would know there was a crack near the treasury box. When they oblige and break open the crack all are shocked to see a crawled up snake, which the Guru gently pulls out with his hand and without a word walks away. On his way, he looks at the snake clasped around his hand and wrist saying, "You have been simply eluding for so many lives and I see your no point of return to even understanding why you are taking the birth, even often losing the opportunity when being born a human. You will be born a human and this should be your last lifetime. Saying so, the soul again takes a human birth but with the clearance of all his previous karmas and the grace of the Guru, he is born in a blessed family and under circumstances that are favourable to his spiritual growth. The Guru and disciple are bonded again and this was the last birth of the soul, which after total ascension, finally merged with the Universal Consciousness, all due to the grace and love and compassion of the Guru. 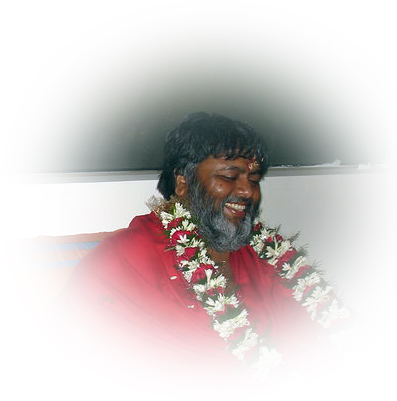 So, the power of the Guru is such that He knows who is what and what is what and what needs to be done for the mass benefit of His children and thus takes a human form and comes to redeem many. It is not this one lifetime you have known Baba nor is this the only lifetime He has known you. It is a bond going on for many lifetimes, but it is only that He enters at a certain point of every lifetime to awaken that truth within - that we are not limited, we are not creatures of circumstances but we are those powerful yet lost souls that once moved away from light and have been only returning in many forms to ascend and evolve and return to light. Or it is sometimes the other way round when at a certain point in life, one gets suddenly attracted to the Guru and drawn to His teachings and aura. This is again that precious moment that life has presented itself with another great opportunity to begin moving higher. He then imparts the wisdom of the Truth and reveals the secrets of life and its purpose.  He never interferes with free will but does all that He can to prevent the souls live in ignorance and assists to move higher towards the real goal of human birth - liberation.

The ascension series to be continued....